A post from my dad about our time on the sailboat...

Growing up in the Gilligan’s Island era, you’d think there would be trepidation in anything more than a three-hour tour.  But, childhood memories and fears aside, we set sail for a two-day overnight voyage to the Great Barrier Reef.

Fortified with Dramamine, we left Cairns Harbor on the Vagabond, a sailboat with a crew of three and room for eleven passengers.  This departure included only nine passengers, a honeymooning couple and the expanded Dill Family of seven. With the Great Barrier Reef nearly 25km off shore, it took nearly four hours to get to our first stop.  The water was a beautiful blue, and the sail ride was phenomenal.

We anchored at our first of two coal reef areas for the day, got some basic snorkel instructions, and were ordered off the boat.  Snorkeling was easy to learn and effortless to execute.  You’ve heard individual accounts elsewhere, so I’ll not go in depth on snorkeling experiences here.

We later went to the second site of the day, which was also where we remained anchored overnight.  Bel, one of the crew, also served as cook and chief bottle washer.  Meals were cooked in a small kitchen below the deck and were quite tasty, varied, and satisfying, considering the constraints of such a tiny galley and limited refrigeration.

Some of us took scuba diving excursions, which was very nerve-wracking as a rookie, but I’m so glad I did it.  To become proficient would take much instruction and many more dives.  As these were first dives, we were not allowed to move away from the instructor, so exploration of the reefs from below was limited and slow.  I actually enjoyed the snorkeling much, much more.  Zack and Dwayne, the scuba instructor, became best buddies, so I’m certain Zack’s accounts will place scuba diving well ahead of snorkeling.

For nighttime activities, we broke out the ‘Catch Phrase’ game.  The newlyweds from Seattle and the Aussie crew joined in the game and the Aussies were quite bewildered by questions based on Americana.  For example, ‘Home Depot’ did not register with the crew, nor did they have any concept of ‘rain date’.  They were good sports and actually quite adept at responding with accurate answers.  We overheard the crew later discussing that they should have games like that for all their guests.

Everyone, except the elder Dills who had the luxury double bed, had individual cots.  It was early to bed and a better night’s sleep than anticipated.  Being constantly and gently rocked all night can be a good thing.  We woke with sunrise and a few brave souls were snorkeling at 6am, with breakfast at 7am.

We visited two more coral reef sites and snorkeled nearly the entire morning.   A great lunch, and then we took the trip back to port.  The weather was great, the views were absolutely astounding, and we all had a great time.  If ever in Australia, add the Great Barrier Reef to your itinerary.  -Ray

Please ask if you'd like to use a picture of mine anywhere. I'll probably say yes, but I'd like to know where my photos are and get a little credit!

Zack and Aubree Keys got married on July 5, 2008. They moved from Denver, Colorado to Melbourne, Australia from April 2011 until March 2013. Now they are back in Denver with their dog Molly. They love all sorts of outdoor activities. 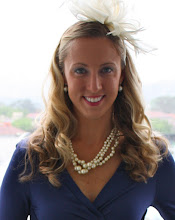 Aubree grew up in Holland, Michigan. She went to the University of Notre Dame and then taught 6th grade English for ten years in Dallas and Denver and substitute taught in Australia. She loves taking pictures, writing, and organizing trips.

Zack grew up in St. Louis, Missouri and has lived and worked all over the United States and Australia. He is a Senior Manager in the IT field, and he loves music, guitar, and biking.

Other Americans Who Were in Melbourne at the Same Time